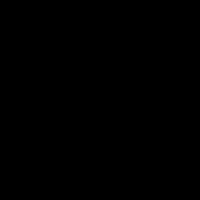 Ankhkasta Natural Healing is an organization of Traditional Kemetic Healers known for its exceptional products and remedies. We know that the best way to heal the body is through Nature. Ankhkasta includes traditional healers who are working to strengthen and protect Traditional Healing and striving to make herbal remedies available to people outside Africa. One of Ankhkasta's goals is to unite Traditional Healers and stop imperialists and capitalists from usurping indigenous knowledge.

For the last few hundred years, the traditional medicine of Merita (Traditional Africa) has been misrepresented. The largest continent on the Earth has been labeled “third world” and denigrated as a sickly land where disease and hunger run rampant.

Today, while diverse cultures of traditional medicine regain recognition and credence, the foundation of all healing systems remains ignored. Many have been scared by the colonial portrayal of voodoo and witchdoctors, and subsequently, the grandmother of all medical schools has been labeled a magician or a faith healer.

The truth is that Merita has provided the world’s medical knowledge. The tradition of healing in Merita is the oldest tradition of medicine that exists. The western/modern medical system and other traditions of medicine are based on the knowledge and recipes of tradtional Kemetic healing. Some of the most potent chemical medicines that western/modern medicine uses in “the fight” against cancer and HIV/AIDS are chemical copies of traditional medicines from different regions in Merita. Traditional African Healing is and has been the world authority in these fields.

Ankhkasta Natural Healing is a branch of The Earth Center, an international non-profit organization based in Ouagadougou, Burkina Faso, Africa (Colonial name for Merita). The Earth Center was founded by Naba Lamoussa Morodenibig, a Kemetic/Dogon High Priest and traditional healer.

Master Naba, created a network of traditional healers in 1983 and formed the healing division of The Earth Center, Ankhkasta Natural Healing, with a mission of introducing traditional African healing to the modern world

Ankhkasta has nearly 10,000 member healers who harvest organic, wildcrafted traditional herbs and plants. Each member healer has been trained and certified by Ankhkasta Natural Healing or trained in Western Merita in the traditional arduous training of the oldest healing traditions of the world. As an organization Ankhkasta Natural Healing has over twenty years of experience. Individual healers, growers and gatherers, however, average nearly 45 years of experience

Ankhkasta Natural Healing provides products of exceptional quality. We are dedicated to preserving the environment and local ecosystems. Plant products are grown in the indigenous agricultural traditions of Merita, without the uses of chemical pesticides and are rotated regularly to preserve soil content. Many of the herbs are very rare and harvested in the deep bush of the Sub Saharic regions of Western Merita. Those who harvest and prepare the herbal remedies are respected indigenous people who understand our philosophy and policies, and are compensated fairly for their contributions.

Ankhkasta products are extremely potent and cannot be understood in the same category as the herbal supplements and vitamins readily available in the modern colonial societies of the world.

Contrary to popular belief and propaganda Merita is one of the healthiest places on Earth. Men and women in traditional communities, who have resisted the onslaught of modern values, development, and Western “medicine” easily live well into their hundreds, many well past 120.

Though Merita is the home to the world’s original form of healing, these traditions are not outdated. Many illnesses that the modern world suffers from, those that sentence its citizens to a lifetime of prescription drugs, are taken care of in Merita on an average of two to eight weeks.